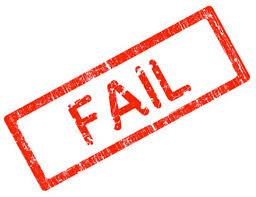 The Oracle certification program and I go back a long way. I have been taking exams from Oracle fairly steadily since the program first started in 1998. In the past three years, I have noticed a marked increase in the difficulty level of their exams. Anyone who follows my exam reviews on GoCertify might have noticed this. One of the last exams I took before this trend started was the 11g upgrade: 1Z0-050. In my GoCertify review for that exam I stated:

"I have never found upgrade exams to be particularly difficult and 1Z0-050 was no exception."

The first exam that I noted being harder was 1Z0-117, where my exam review contained the statement:

"Despite what I thought was adequate preparation, the exam was a bear. I passed, but with a lower margin of error than I consider to be acceptable."

"I passed, but it was not nearly the walk in the park that I was expecting."

The most telling wake-up call, however, was the 12c DBA upgrade: 1Z0-060. My review for that exam noted:

"This is easily the hardest of the exams I have taken to upgrade my Oracle DBA certification."


Based on my experiences, I can only believe that one of three things is occurring:


Given options two and three, I really hope that the exams are getting harder. Luckily, my colleague John Watson has also made some comments about the increasing exam difficulty. One hopes that both of us are not becoming dumber and/or curmudgeonly.

For the sake of argument, I am going to take it as a given that the Oracle Certification Program has been consciously increasing the difficulty level of their certification exams. Why am I writing this article and why is that a good thing? The 'why' of the article is easy. I have seen a number of posts on various forums about how difficult Oracle certification exams are. Just recently there were two on the OraFAQ certification forum about the MySQL OCP exams: 1Z0-883 and 1Z0-882. These two articles and a couple of others I have seen previously seem to be geared around the idea that it is 'a bad thing' that the exams are hard to pass. I well understand just how irritating (and embarrassing) it is to fail an exam that you spent weeks or months preparing for. This has not happened often in my career, but I did fail 1Z0-060 on my first attempt. Unfortunately a large part of that can be attributed to my prior experience with Oracle upgrade tests causing me to underestimate the exam.

That said, if the tests are easy to pass, there is absolutely no point to taking them in the first place. I recall way back when I was in high school (maybe I am getting a bit old) there was a requirement that PhysEd give a written midterm and final exam. The coaches thought it was stupid, so they made 'matching' tests where the answers were labeled A-to-Z. When all of the questions were correct, the test spelled out something like 'VOLLEYBALLISFUN'. No one failed the tests. No one got less than 100% on them. As such, they were absolutely useless.

Certification exams need to be difficult in order for earning the related credential to have value in the marketplace.  Two statements from the linked MySQL posts make that point quite well:

"It's impossible to pass this exam for part time MySQL worker. You need to be really expert and know all the details."
"IMHO you can't pass this exam when you don't have minimum 6 months of full time real world (production) practice."

How can either one of those statements be considered bad for an exam that grants a professional-level credential? The single most common argument from people who do not like IT certifications is that they do not guarantee that the people who earned them are really knowledgeable. If you are an individual who is truly interested in adding to your skills and becoming a valuable (and well-paid -- never forget that) Oracle professional, then you must accept that harder tests are better tests. Easy is only good for the people who are interested in faking knowledge long enough to get hired.
Posted by Unknown at 7:47 PM No comments: